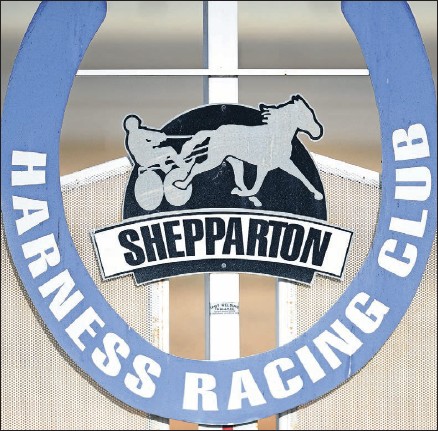 Exciting Goulburn Valley trotter Locksley Lover made it four wins on the trot when he saluted on Saturday night at Melton.

The four-year-old son of Love You trained by Locksley horseman John Nissen and driven by Bec Bartley again put his rivals to the sword, taking the front running role a mile out and never in danger of being run down from then on.

Locksley Lover has now won seven of his 13 starts with two minor placings and is certainly high up in the pecking order of Australia’s most promising young trotters.

Locksley Lover was one of two Goulburn Valley-trained horses to win at the meeting in which Shepparton reinsman Mark Pitt continued his hot driving form to steer home three winners.

The Wayne Potter-trained Standbyme completed a hat-trick of wins after saluting at Cobram and Warragul at his previous two starts.

Jordan Leedham has been in the sulky for all three wins.

Pitt partnered the Chris Angrovetrained veteran trotter Sundons Courage to victory in his first drive on the trotter which took the Sundon gelding’s earnings to more than $400,000 with his win the 25th of his 134 starts.

Pitt also made it four wins from his past four drives on the Emma Stewart-trained Cant Top This and completed the hat-trick of wins on another of the Stewart runners, Treachery.

Driven by Nathan Jack, Lochinvar Jag took up the early front running over the 1740m trip and was too good, pulling well clear of his rivals with a 27.1 final split and a 1:56.3 mile rate.

It was the son of Art Major’s third success in his past five starts and sixth win from 16 starts.

Jack also partnered Nevada Yankee and Daggy Lamb, both trained by his father Russell, into the placings at the meeting.

In the same race as Nevada Yankee, another Shepparton trainer, Steve Duffy, had the third placegetter in Spring Line who was driven by Blake Jones.

Last week the Turnbull-trained No Motive won at Kilmore and on Tuesday another of his team Florence of ken tail saluted at Shepparton.

No Motive had some motive to win.

The four-year-old Some beach somewhere gelding had finished third at his past three outings, so was overdue for the win, the third of his 23 starts.

And he made no bones about it, given the run of the race by reinsman Brad Chisolm and pulling away from his rivals over the concluding stages for an easy win.

Formerly in the Emma Stewart stable, Turnbull has given the pacer 14 starts of his 23 runs which have produced two wins and six minor placings.

Driven by Abbey Turnbull Florence of ken tail sat back at the rear of the field in her Shepparton win and produced a surging run over the final 300m to nab the favourite Roam with the Darren Rowneytrained and Nathan Jack-driven roughie Watchingnoruns filling the minor placing.

Florence of ken tail, a four-year-old mare by Some beach somewhere, was having her second trip to the races for the Turnbulls and fifth start.

She also started her racing career in the Stewart barn where she had three starts for one minor placing.

Avenel-trained Lottie Moon was another pacer to post a well deserved win at Kilmore.

The Juanita Breen-prepared and driven six-year-old Bettors Delight mare had finished second and fourth at her previous two starts which indicated a win was in the making.

Breen pushed Lottie Moon from an inside second row draw onto the back of the pacemaker Forever Moments and she wore down that pacer on the finishing line to post her seventh win.

Six of these wins have come since joining Breen from New Zealand where she had saluted once in 19 starts.

Rochester trainer-driver Neville Pangrazio has been patient with his pacing mare Covered Kylie, but got a deserved reward when she won at Kilmore.

Pangrazio made his move on Covered Kylie from last at the bell to reach the lead in the back straight and held a wall all rivals at bay after racing well clear heading for home.

Covered Kylie had not won for 16 starts with her last win coming in October 2020 when she saluted at Charlton.

The win was extra special for Pangrazio who owns and bred Covered Kylie, who is out of the Modern Art mare Miss Velocity, who has had only one other live foal, Ideal Velocity, who won two races and had six placings from 11 starts.

Killing it at Kilmore

Alpha Male left his rivals in his wake ? there was more than 30m to the runner-up Here Comes Kyvalley ? in 1:57.8 mile rate time over the 1690m trip to post his fourth win from eight starts which have also produced three minor placings.

Pitt also won at Maryborough last Friday on another of the Stewart runners, Techys Watching, who was impressive on debut despite racing greenly.

Madam not a maiden

It was a case of 25 being a lucky number for Elmore-trained pacer Madam Auckland at Maryborough.

The four-year-old daughter of Auckland Reactor finally broke through for her first win at her 25th start.

Reinsman Josh Duggan produced a gem of a drive to get the Frank Barac-trained Madam Auckland behind the pacemaker from an outside front row draw before the mare surged to victory along the sprint lane in a crowded finish.

Madam Reactor had four minor placings in her resume before stepping out at Maryborough.

Duggan had a busy day in both sulky and vehicle on the day as he headed to Mildura after Madam Reactor’s win where he drove a double for Rita Burnett.

Echuca-prepared trotter Watch And Act justified the support when he firmed into favourite on Monday at Yarra Valley.

Trained by Fay McEwan and driven by Josh Duggan, the four-yearold son of Skyvalley led from pillar to post in notching his fourth win in 39 starts.

But he has been a consistent money earner for his large band of owners as he has been runner-up on 10 occasions and third once.

Goulburn Valley trainers and drivers were to the fore at last Sunday night’s Bendigo meeting.

Another Shepparton reinsman, Leigh Sutton, was popular after saluting on Stick With Me for his farrier-trainer father Ray, while Byrneside trainer-driver Damian Wilson produced three-year-old Shadow Play gelding Maxy Wants To Play to break his maiden status at his 13th try.

Success in the air

Russel Thomson gave a reminder he can still train a winner at Tuesday night’s Shepparton meeting.

One of Victoria’s most successful trainers in his prime with a knack of finding elite level horses the Lancaster horseman has battled some health setbacks in recent years which have curtailed numbers he has been able train.

On Tuesday night he produced an impressive debutant trotter in Loves In The Air who scored in easy fashion with Josh Aiken in the sulky.

By top trotting sire Love You, Loves In The Air is out of the Wind Cries Maori mare Cloud Chaser, an eight times winner who has left the smart trotters Cruisin Around, a winner of 19 races and nearly $300,000 in prizemoney earnings, and also Storm Cloud, who had only 16 starts for seven wins.

Another district veteran trainer to strike at Shepparton was Darryl Hill, who produced Art Major gelding Uptight for a win at nice odds.

Having his fourth start for Hill, reinsman Damian Wilson was able to get Uptight from four back on the pegs into some clear running turning for home and finish strongly for an easy win.

Uptight was having his first start since a break and had won for Hill at Echuca on March 25 after having consecutive wins when prepared by Steve Duffy.

Avenel mentor David Aiken took the training honours at this week’s Shepparton meeting with a double.

Mark Pitt gave Shireen every chance on the back of the pacemaker Mac Gibbs and the filly sprint laned to victory.

Josh Aiken was aboard Patsy Valentine, who led throughout the 2190m trip and just held off Mac Cheddar in the dash to the judge to post her fifth win from 16 starts.

She has also been runner-up five times.

While the Aikens enjoyed a training and driving double at the meeting concession reinsman Jordan Leedham also produced a driving double.

He won on the Vince Vallelongatrained pacer Major Mal at nice odds and then steered the Lisa Bartleytrained hot favourite High Flying Harry to an impressive win.

High Flying Harry was having his third Australian start and had won on his Aussie debut at Shepparton on May 8.