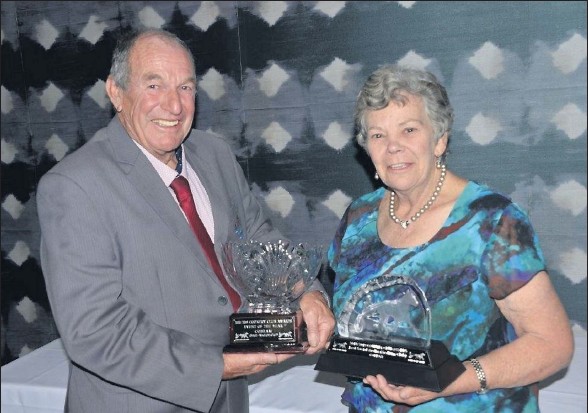 Northern Victorian trots fans will get their last chance to see star local pacer San Carlo before he embarks on his New Zealand campaign in action at tonight’s Shepparton meeting.

San Carlo is not racing tonight, but will have a special workout the reverse way of going to help adjust to New Zealand’s North Island right-handed tracks where the Inter Dominion is being held later this month and early next month.

But San Carlo’s first mission is the New Zealand Cup run on the South Island where they race the same way (left-handed) as Australian tracks.

Co-trainer Steve O’Donoghue said San Carlo would have company in the workout between races five and six (8.14 pm-8.44 pm).

O’Donoghue said the ‘‘Shepparton Slayer’’ had pulled well from his super Swan Hill Cup second placing and he was looking forward to taking on the Kiwis on their home turf.

When he f lies to New Zealand on Thursday San Carlo will be accompanied by the Andy Gath-trained McLovin who is also taking on the Kiwis in some of their rich trotting feature events.

And there seems to be a striking similarity between former Australian Test cricketer Greg Chappell and San Carlo at the moment.

Chappell famously said after a run of low scores he was seeing them well but just wasn’t making any runs.

He was enormous when fourth in the recent Victoria Cup and he was just as big in the Swan Hill Cup last Friday night when runner-up, beaten a head, by the star Queenslander Colt Thirty One.

Co-trainer and driver of San Carlo Bec Bartley was forced to show her hand early again, electing midrace to take the Shepparton Slayer outside the pacemaker Tam Major, who had slowed the pace.

The plan worked perfectly until the last stride when Colt Thirty One, who sat at the tail of the fivehorse field, sustained a strong finishing burst to nab San Carlo right on the finishing line.

Lauded for its excellent service within the horse racing industry, Cobram received the prestigious Event of the Year trophy for its contribution of $28 400 being put forward to the McGrath Foundation on Community Pink Day, as well as taking out the Social Media Award.

Cobram managed to win ahead of a plethora of larger organisations, as 25 medium to large country clubs and several small clubs throughout the state were nominated for the various sectional awards.

The strong local community support from service clubs, women’s groups and businesses as well as the energetic trots racing female drivers were instrumental in the club being recognised, showcasing the unity present within the Moira

The region was well represented as Shepparton and Wangaratta were acknowledged for Best Presented Tracks, while Cobram was also a finalist in the section.

Cobram was also a finalist for Country Club of the Year on Rothacker Medal Night at Crown Casino last Saturday.

The Swedish driver struck early, partnering the David Aiken-trained Yankee Roller to an all-the-way in the opening event for 70-79 class pacers.

Frenning returned to the winner’s circle in the third event, also for 70-79 class pacers, with another pillar-to-post victory on the classy Emma Stewart-trained Hurricane Harley.

She then completed the hat-trick of wins on another Stewart-trained runner Our Millionaire, who despite working hard early to get the front running position, was too slick for his rivals at the business end of the race.

Frenning has driven 35 Victorian winners this season and is sitting third on the state premiership behind Chris Alford (47) and Greg Sugars (43).

Up to yesterday on the Victorian metropolitan list Frenning was equal second with Chris Alford with seven winners behind Kate Gath who leads with 12.

The four-year-old Mach Three mare was having her first start since July and it took the skills of reinsman Josh Aiken to hoist the mares fourth win from 23 starts and her first win since winning at Yarra Valley in February when driven by the trainer.

Josh Aiken was actually having his first drive on the mare, who started favourite, and certainly made the most of it.

Aiken settled the mare near the rear of the field from a back row draw and made his move 800 m from the judge.

Divine Diva was then able to surge forward and run down the second favourite, the Ben Yoletrained and Chris Alford-driven Good Feelings, in the dash to the judge.

Talented Shepparton-trained pacer Winkanditsover is back in top form indicated by a gutsy win last week at Kilmore.

Prepared by Shepparton’s Steve Duffy and driven by his star reinsman son Ryan, Winkanditsover did the bullocking work over the last lap sitting outside the pacesetter, but was more than up to the challenge.

Winkanditsover put the writing on the wall for a coming win at his previous start when second at Shepparton on October 16.

The eight-year-old by the Cams Card Shark stallion Passmaster Hanover has been a good money spinner for his Kyabram owners Peter Hall, John Lilford, Rob Whitford and Tony Hansen with prizemoney earnings now close to $80 000.

When you have had 10 top five finishes, including four top three finishes, in your previous 12 starts you normally wouldn’t expect to step out at odds of 20/1 or better.

But that’s what happened at Shepparton last week with Kyabram-trained pacer Some Change.

HRV chairman Dale Monteith said Brown’s appointment was “unanimous” and the board was looking forward to working with the new chief executive from Wednesday.

“We had an extremely talented list of applicants for this role and we interviewed a lot of terrific candidates, but we felt Dayle displayed the necessary unique qualities, business acumen and prior experience to lead our industry forward to an exciting future,’’ Monteith said.

That was the feat of reinsman Ryan Warwick at Kellerberin in Western Australia last Sunday.

But you wouldn’t have made a fortune backing all six of them as they were all odds-on favourites.

The longest priced winner was a $1.60 chance and the shortest priced paid a modest $1.03.

Audi Hare, who will be driven by Aiken, has drawn the outside of the front row which is going to make it tough, while the classy Wrappers Delight will come from barrier 10, three off the second row.